Have you ever sat behind the wheel of your hatchback and wondered what it would be like to instead be in control of one of the largest vehicles on earth? Traffic would no longer be a problem, people would cheer in admiration and other hatchbacks would zip away in fear. Well, chances are that for many of you, that will never happen – instead you will upgrade to a family sedan or 4×4, pack children and a dog, and sing stupid road trip songs on route to a coastal destination.

Some people, however, do enjoy the feeling that comes with controlling a mechanical giant. We’re talking about vehicles so large that commercial roads are not worthy to caress their gigantic tyres. These machines play marbles with hatchbacks and pick their teeth with big rigs. May I present to you, five of the largest (or longest) vehicles in the world: 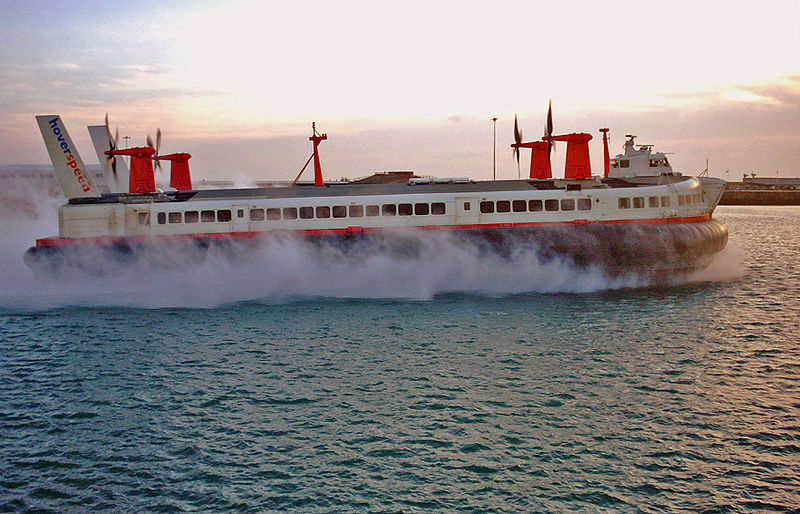 The confusing name is actually code for… THE WORLD’S LARGEST NON-MILITARY HOVERCRAFT! Whether floating over land, ice or sea, this behemoth can carry over 400 passengers and around 60 cars.

The largest fixed-wing aircraft in the world, this gigantic mechanical bird has a 290-foot wingspan. With the ability to carry a space shuttle on its roof and a cargo hold large enough to throw one helluva disco in, the Antonov deserves your respect. The longest ship ever built, this tanker stretches to 1 500 feet in length. This boat had presence and history, having been brought back to life after sinking in the 1980’s, but unfortunately it was scrapped in 2010.

MS Oasis of the Seas:

Staying in the water, the MS Oasis of the Seas is the biggest passenger ship in the world. Holding the record of having 6000 passengers on board, this luxurious cruise liner is nothing short of breathtaking. It boasts a shopping centre, nightclubs, pools, a mini-golf course and an indoor zip-line.

The creation from Jay Ohrberg of Burbank California, this super limo is the longest car in the world and includes a Jacuzzi, sun deck, helipad and a swimming pool. Unfortunately, the car is not really legal for driving on public roads and is instead often used for exhibitions and films.

Self-proclaimed as the world’s biggest limo, Colossus is more of a nightclub on wheels. With the ability to seat 30 guests, this luxurious vehicle also has a VIP room, club style lighting, DJ mixing systems, a disco LCD floor and a massive 52 inch plasma TV.

Hi guys my name is Jason Acar, experiences writer living in Cape Town. I write about limo hire as well as the chauffeur drive for a popular ezine.